So I’ve been keeping this little blog here on wordpress for about 4 years now (!) and with the help of my dude and his mechanically minded self, I’ve now found a more permanent home to fit all my needs. If you’d like to keep reading about my life and all its sundry details, please go to :

This also means that if you follow me in a reader of some sort you’ll need to make sure to change the link to the one above. I hope to see you guys over there. Talk to you soon!

Never in my grown-up-lady life have I been a dieter. I’ve never done Weight Watchers or Atkins, no/low-carb or no sugar. None of it. Not to say I’ve always been perfectly happy with my weight, because that’s not really true, but I just don’t “get” dieting. Ok, or maybe it’s that I don’t have faith in my own ability to keep to the confines of one. Like, one cannot be on a diet forever, so what’s the point, you know? Even before our wedding I tried, and sorta kinda failed. When I want to lose weight I work out more and eat less (um, this only sometimes works? Back to that thing where I am not good at saying no to myself). I like booze and sour patch kids and ben & jerry’s cookie dough, bacon and burgers and nachos, and I’m pretty sure those aren’t allowed on most diets, even in moderation. As it is, I generally already avoid processed foods and total crap. We cook at home nearly every night, and we buy organic/local/sustainable as much as possible. I was a vegetarian for 5 years, which I guess is sort of a diet, but which also means I’m used to thinking a lot about what I eat. But anyway. What more can you do? So that’s about it. No real diets for this gal, not really.

But then, Jon became extremely sick and his eczema was out of control and ruining both of our lives while leaving Jon in pain 24/7, and after trying every combination of medicines the doctors would give him with very little progress, we decided to take a hard look at diet and see if there was anyway to figure out a way to ease Jon back into the world of normal, not chronically-ill folk.

I’d read a lot about the paleo (short for paleolithic, as in the era) diet , which is based around eating like our paleolithic ancestors, hunter/gatherer style- and at the same time I’d come across a lot of information about elimination diets, and eventually, just after the new year we decided to go for it. Something had to change. So we went hardcore. Essentially we cut out everything-grains, legumes/pulses (including peanuts and peanut products), all processed foods, soy, dairy, sugar, alcohol, cheese, and weirdly enough, citrus fruits. Starting fresh! By doing that we could give our bellies a clean slate with which to start over and figure out what causes the most damage in terms of allergic reactions and general intolerance.

So obviously I wasn’t going through the same stuff as Jon, health-wise. But as the main chef in this little family, and with my own IBS issues and health stuff, I fully signed on to get the most out of our hybrid elimination/paleo diet. We dove in full speed ahead, and excluding a one-off cheeseburger night at our very favorite local food truck guy who was doing a pop-up two nights in to our trial (we had to go!), and maybe a glass or two of wine for me, we’ve been very good at sticking to it these past 6 weeks.

After we finished up a 30 day trial of elimination/paleo, we have been able to start adding some things back in, and because of how clean we’ve been eating, any problems pop up immediately upon reintroduction. So far we have found intolerances to yogurt, oranges, and oats (Jon) and a little trouble with wheat (me). And it’s nice having the knowledge to back up what is really effecting us inside and out. It’s really good to have that personal knowledge surrounding what you put into your body because, obviously, everyone is different. And some of us are more sensitive than others!

Now I wouldn’t say that paleo is a perfect diet, or the only way to live. I’m not down with the whole “our ancestors had perfect diets so let’s all eat raw meat and forego shoes and throw boulders around for exercise and then everyone will be perfect” and all that hype. People get a little hung up on authenticity in the paleo community, so it seems! But from a health standpoint it has really helped Jon and I think it is, essentially awesome. Also, um, I have eaten two donuts in the past few days, so….sometimes you just have to live a little, even when trying to better yourself.

Some pros of eating paleo-lots of protein (with a focus on high quality, responsibly sourced meats-we get ours from a local farm, so we know exactly what we are putting in our bodies), tons of veggies, lots of nuts and fruit. Does a great job of keeping me full all the time, although Jon, with his crazy fast metabolism and manly self does snack more than I do.

Some cons of eating paleo-it’s more expensive than a regular diet. No cheap pasta/rice/potatoes, etc to bulk up meals! It adds up, believe me. But surprisingly, we’ve only spent about £20 more per week on our food than pre-Paleo, so I think it’s worth it, as long as we can wing it. Also, eating this way calls for more meal planning, particularly for breakfast and lunch-no cereal or oatmeal in the mornings, no sandwiches at lunch, so we had to think a lot more about it, or leave time in our pre-work schedules to scramble some eggs and pack up leftovers to take to work.

Now we haven’t been able to test out all food groups in terms of reincorporating them back into our diet yet. But I really like being paleo overall, so I’m actually not too worried about it. I thought I’d be chomping at the bit to eat a sandwich again…but it’s just not the case. Jon and I have both slimmed down a bit, and we both have a lot more energy and are just generally more chipper-no weird mood swings based on blood sugar drops and all that stuff. Jon does eat a lot, just like he used to, particularly in the evenings, but now it’s fruit and coconut cream, rather than entire sleeves of cookies, so I’m not going to complain about that!

Over the weekend we tested out bread and a donut each from the bakery in Lindfield. So completely not paleo! It was basically our first meal with bread since the new year. And no one died! But we both felt kinda….gross afterwards.  Sluggish and bloated. And really, I couldn’t tell if it was a purely physical response to eating grain, or if it was the fact that we are maybe kinda fully on the paleo bandwagon now. I just feel so much better! And if this is life without bread, well, I’m down for it. Most of the time. Mama needs a bagel and a beer every now and again. And cheese. Cheese!

I’m not sure what’s going to happen moving on from here. As of right now we’re hoping to go 80/20, with paleo most of the time and some “time off” as it were. And that works for me. And more importantly, that keeps my husband up and running and healthy, which is the most important thing. More important than everything else, really.

If you made it this far in my long, weird ramble, congratulations, and also, thanks for listening! It’s just been such a big part of our life lately that I wanted to write about it and share what we’ve been doing. Obviously there’s more I could say, but I think this is more than enough for now.

If you want to talk more about going paleo, or if you have some super awesome paleo or gluten-free recipes, I would love to chat. Let me know!

Listening to this on repeat lately. Also, I want all her outfits in this video. Rockin’.

Last night Jon and I got dressed up and ventured onto the high street of Lindfield for a romantic V-day dinner at The Limes, a tiny, appropriately intimate restaurant. It ended up being a great choice. Five thoughtful courses (and nothing that made Jon sick except for the glass of champagne we started out with, which counts as a win in my book). It was just….nice! I’m always thankful for a little quality time with my dude, especially after a rough few months. It really seems like things are getting better.

Also, he understands my undying love of owls. A real catch!

END_OF_DOCUMENT_TOKEN_TO_BE_REPLACED 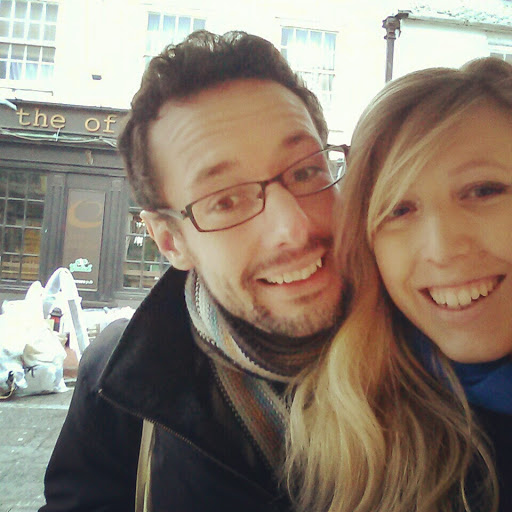 Birthday! On Monday, Jon turned 28, and we celebrated with a day of hanging out and wandering around Brighton. Awesomely enough, the company he works for gives you a half day off on your birthday. Lucky duck.

We picked up a new pair of jeans for Jon (our new diet has solved most of his health problems and made him shed a couple of inches around the waist in the process, turning my already thin husband positively waif-like) and I gave him the fabulous watch he’s been wanting. We had a delicious sushi lunch at Yo! Sushi and an amazing steak dinner at a cute/weird little pub that evening with Jon’s parents and siblings. When we came home we toasted my favorite dude with some paleo-friendly brownies I made earlier that turned out astonishingly great (served with whipped coconut cream!). As you can see, most of Jon’s birthday revolved around eating. He’s pretty easy to please, when it comes down to it. And as far as I can tell he had a great day, which he 100% deserves.

I Will See You In Far Off Places
Blog at WordPress.com.
Loading Comments...